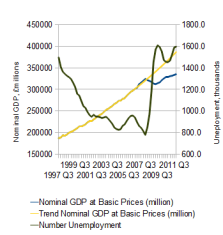 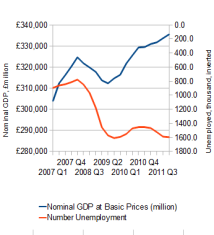 The Times: France gained the western third of the island of Hispaniola — the territory that is now Haiti — in 1697. It planted sugar and coffee, supported by an unprecedented increase in the importation of African slaves. Economically, the result was a success, but life as a slave was intolerable. Living conditions were squalid, disease was rife, and beatings and abuses were universal. The slaves’ life expectancy was 21 years. After a dramatic slave uprising that shook the western world, and 12 years of war, Haiti finally defeated Napoleon’s forces in 1804 and declared independence. But France demanded reparations: 150m francs, in gold.

For Haiti, this debt did not signify the beginning of freedom, but the end of hope. Even after it was reduced to 60m francs in the 1830s, it was still far more than the war-ravaged country could afford. Haiti was the only country in which the ex-slaves themselves were expected to pay a foreign government for their liberty. By 1900, it was spending 80% of its national budget on repayments. In order to manage the original reparations, further loans were taken out — mostly from the United States, Germany and France. Instead of developing its potential, this deformed state produced a parade of nefarious leaders, most of whom gave up the insurmountable task of trying to fix the country and looted it instead. In 1947, Haiti finally paid off the original reparations, plus interest. Doing so left it destitute, corrupt, disastrously lacking in investment and politically volatile. Haiti was trapped in a downward spiral, from which it is still impossible to escape. It remains hopelessly in debt to this day.

As Alex at Luna17 reports Haiti now owes $641 million in debt. To put this in context that debt is owed by 8 and a half million people of which 75% of the population live on less than $2 per day and 56% live on less than $1 per day.

The continued imposition of debt taken out by undemocratic and rapacious governments is immoral. To do so in a country which has been deformed by debt since its birth is a wicked joke of history.

This debt and this poverty matter now more than ever. It affect the life chances of millions of people and makes the relatively mundane tragic. For example,  since 1950 the structural integrity of buildings and the quality of infrastructure in the rich world have improved dramatically so that loss of life after an earthquake is typically 10 times higher in developing countries than in rich and the damage as much as 100 times higher.

This isn’t because we wanted to avoid these deaths more, it is because we could afford to. This earthquake is a humanitarian disaster not just because the planet is cruel but because the people of Haiti are poor – and we are helping to keep them poor.

The noble “international community” which is currently scrambling to send its “humanitarian aid” to Haiti is largely responsible for the extent of the suffering it now aims to reduce. Ever since the US invaded and occupied the country in 1915, every serious political attempt to allow Haiti’s people to move (in former president Jean-Bertrand Aristide’s phrase) “from absolute misery to a dignified poverty” has been violently and deliberately blocked by the US government and some of its allies.

Aristide’s own government (elected by some 75% of the electorate) was the latest victim of such interference, when it was overthrown by an internationally sponsored coup in 2004 that killed several thousand people and left much of the population smouldering in resentment. The UN has subsequently maintained a large and enormously expensive stabilisation and pacification force in the country.

One step you can take is to sign the petition to cancel Haiti’s remaining debt HERE.

Please e-mail your friends details and let them know about this campaign. If you have your own blog then blog about this, or cross post the above.

And as before here are some charities which you can support, if you have not already. Again, please pass these details onto those who might not know how best to help yet.

More organisations seeking donations are available here. Please help in whatever way you can – but especially by opening your wallet and taking 60 seconds to fill in a form.